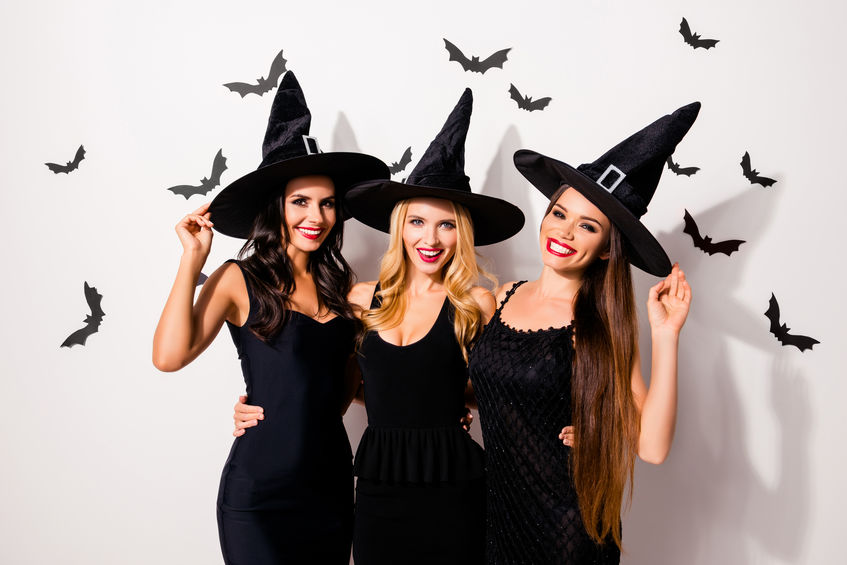 In this country, we spend more on Halloween than any other holiday except for Christmas. It’s easy to see how based on the team at our Strongsville hair salon! They’ve been working on their costumes for weeks.  At our salon in Parma, we actually have a couple of stylists who are more concerned with their kids’ costumes.

The clock is ticking now!  As Cleveland.com reminds us, “Trick-or-treat is just a few weeks away, with Halloween on a Thursday this year.”

“For those prepping to go out with their little goblins and ghouls, most communities are celebrating from 6 p.m. to 8 p.m. on Halloween. The sun should set a little before 6:30, giving trick-or-treaters plenty of time to enjoy spooky light displays.”

If you are still looking for costume ideas, “Google compiles data on the most-searched costumes,” Cleveland.com reports. On the national level, people were most likely to be searching for “It,” witch and Spider-Man costumes.

In Cleveland, the top five costumes are (from most to least-searched):

Some people buy Halloween candy based on their own personal preferences. The thinking is that if they have candy left over, it will be something they like and can enjoy.  On the flip side, if you don’t want to find yourself tempted to dip into the Halloween treats, you might want to stock up on something you don’t care for (licorice, anyone?).

According to Candystore.com, the 10 Worst Halloween Candies are:

If you don’t agree, don’t blame us!  We’ve had quite a debate going at our three Cleveland hair salons.  The stylists at our Strongsville salon couldn’t believe that Tootsie Rolls were on the list. Over at our hair salon in Parma, Ohio, no one was willing to believe that the whole country thinks that candy corn is worse than Circus Peanuts or Wax Cola Bottles. Our Broadview Heights salon made an impassioned argument in favor of Smarties.

There was complete agreement on one thing. All three of the Illusion Unlimited salons in Cleveland, Ohio think that licorice is the worst. (Someone at our Parma salon pointed out that Good & Plenty is a form of licorice, which caused some confusion.)

Let us know what you think! And be warned, if you have an appointment scheduled the week after Halloween at our hair salon in Strongsville, Broadview Heights or our Parma salon, you are sure to find a big bowl of leftover Halloween candy!