Sif and her Golden Hair 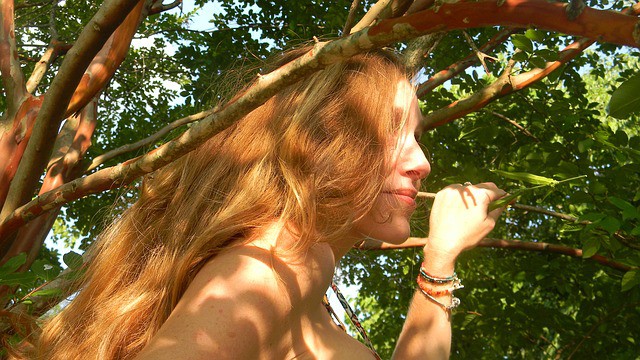 12 Jul Sif and her Golden Hair

Sif and her Golden Hair

The Egyptians weren’t the only ones who prized long, blonde hair. In Norse mythology, the goddess Sif, wife of the mighty Thor, god of thunder, was blessed with long, golden hair and her husband loved it.

“Although Thor was a raucous fellow, he did, underneath it all, have one soft spot – and that was for his beautiful wife, whose name was Sif, and whom he loved tenderly and dearly. She had long, thick wondrous golden hair, that flowed down her back like a field of corn,” the legend of Sif and her golden hair begins in a version told on Storynory.com.

“Of course as every lady knows,” the storytellers at Storynory.com continue, “beautiful hair does not take care of itself. She was very proud of her hair, and did not allow herself to have a bad hair day. Especially as she knew she was not the only one who was very proud of her hair, Thor her husband was very proud of it too, and often boasted of it when he was drinking his mead to anyone who was around to listen. Morning, noon and night, Sif combed her wondrous hair with a jeweled comb, and she often washed in pure sparkling streams, and lay it out in the sun to dry on a rock. As you can imagine, with hair as thick as hers, it took quite a while to dry.

“One day, while she was sitting on a bank of the softest moss outside her house in Asgard, where the gods live, drying her golden hair in the sun, Sif went to sleep. It’s easy to go to sleep in the sun when you’re not doing much. And it’s especially easy, if another god puts a spell on you so that nothing can wake you.

“It was Loki, the god of fire and mischief, who cast this sleeping spell on Sif. He found her dozing with her gorgeous hair flowing all around her, and his evil mouth smiled at this chance to make trouble in the Thunder-God’s household. He knew that Sif’s hair of gold was Thor’s greatest treasure – and he was determined to take it away from him.”

Poor Sif! While she slept, Loki chopped off all of her beautiful hair. You know how awful you’ve felt when you’ve gotten a bad haircut (not from Illusion hair design, obviously). Imagine how she must have felt!

When Thor came home that night, Sif was so ashamed she hid in the shadows. According to Storynory.com, Sif sobbed out to the thunder god, “’My crowning beauty, my hair has gone. An evil-doer has cut it and taken it from me. I do not want you to see me like this, so I must leave.’

“Thor saw that it was true, Sif had lost her hair. Her shaven head was still beautiful, but the dancing joy had gone from her eyes. Instead her face was puffy with sobbing and her distress touched the heart of Thor.

“’Who was it who did this, Sif?” raged Thor. “I, the strongest of the gods, I will find whoever did this and kill him. I will make the other gods use all their strength, all their magic and all their powers to give you back your wonderful golden hair!’”

Thor and Sif headed to the Court of the Immortals. Odin, who was Thor’s father and mightiest of all the gods, rightly figured out that Loki must be the guilty party. He wouldn’t let Thor kill him, but he did summon Loki and make him face up to his crime.

“Loki looked at Thor whose temper was legendary, and he looked at Odin who solemnly said, ‘You must make good the wrong you have done,’ and Loki saw that he would indeed have to find a way to restore Sif’s beauty,” Storynory.com continues.

“So Loki left Asgard. He did not leave in order to escape from Thor, though that was part of it. He left to try and find a solution.”

Loki went deep into the earth, to the realm of the Gnomes, who, Storynory.com says, “were master smiths and the rich guardians of metals, minerals and crystals: they had learnt with hammer and tongs to fashion articles of much beauty and magic from them.”

“Loki was crafty,” they explain, “and he always flattered the Gnomes whenever he went to see them. He praised their work to the skies, and promised them the earth although they already had it! Resisting flattery and false promises needs more wisdom than the Gnomes possessed, so they grew to like him. Nobody else had ever been nice to them, not even when they were babies, so their hearts softened. Then he said, ‘Have you gold and skills enough to make a cap of floor-length hair as fine as silk?’ The Gnomes set to work at once. They stitched, threaded, weaved and span for days, until finally the Cap of Golden Hair was ready! Even Loki was impressed. ‘Tis true, you are master smiths indeed. None are better. Will you give me this Cap in return for the Heavens and the Earth?’

“The Gnomes who were not clever, gave Loki the Cap of Golden Hair.” When he returned to Asgard, Loki found Sif and, as the storytellers conclude, told her she would once again have beautiful golden. “And he wrapped the Cap around Sif’s head where it fitted perfectly. Sif was so overjoyed with her new hair that she twirled around, her long locks flowing behind her. Her eyes sparkled once more and as the glow returned to her cheeks, she looked truly beautiful.”

It’s a good story, but the interesting thing to us is that Thor says Sif still looks beautiful even without her golden hair. He sees the inner beauty. Perhaps he valued the light in her eyes as much as her hair.

If you are in search of long golden hair extensions and are looking for a hair salon in Strongsville, we hope you’ll consider Illusion Unlimited. We have two other locations as well, to ensure that you are always in style in Parma and Broadview Heights. We’ll help you not just look beautiful, but feel beautiful and we hope that when you leave our hair salon in Parma or our Strongsville hair salon or our Broadview Heights salon, you will have a light shining in your eye.