Looking Ahead: Color Trends for 2018 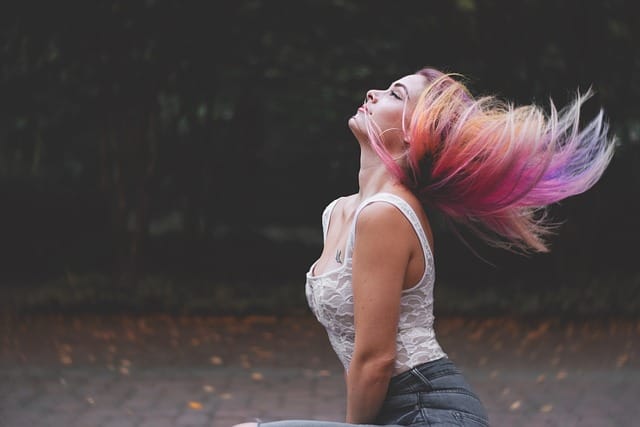 Looking Ahead: Color Trends for 2018

According to Woman’s Day, “Nude, jewel tones, and chocolate mauve are all going to be big hits.” Their fashion forecast covers 14 fabulous colors that you’ll be seeing in the New Year.

Among the magazine’s top picks is golden ombré. We’re not talking about drastic changes in color from one section to the next. As Woman’s Day explains, for this new look to work, “Make sure you have a very subtle, gradual change of color from the crown of your head to the extra-blonde ends.”

Considering the number of celebs who are rocking grey hair, this trend shouldn’t come as a huge surprise. In fact, In Style magazine did a feature on “12 Celebrities Who’ve Gone Gray on Purpose.” Their list starts off with bad-boy swimming sensation Ryan Lochte, who calls his particular color “light blue.” In Style was willing to meet him in the middle, calling it “blueish grey.”

In Style’s list also features Girls star Zosia Mamet, who went with a shade her colorist calls “antique gray.” Then, of course, there was Lady Gaga. “For the 2015 Grammys,” In Style reports, “the ever-changing singer wore her silvery strands in voluptuous waves.”

The magazine notes that Ellie Goulding was ahead of the curve, saying, “The British singer sported a platinum gray hue in 2011.” She wasn’t the first, though. According to In Style, “One of the first young celebrities to try out the trend, Pink rocked silvery tresses back in 2010.”

In Style also gives credit to another big name in music. “Ever the trendsetter, Rihanna rocked a long, gray-streaked ponytail in 2014,” they noted.

Lourdes Leon – Madonna’s daughter – also appeared on the magazine’s list, proving that cutting-edge style must run in the family. “After finishing her freshman year at the University of Michigan, Leon was spotted back home in New York City rocking a pale silver hue and a much shorter crop,” In Style reported.

Hilary Duff, Kelly Osbourne and Rita Ora also made the magazine’s list, which wrapped up with Kylie Jenner. “Even the youngest member of the Kardashian-Jenner clan isn’t afraid of a little salt-and-pepper.”

But back to Woman’s Day’s colorful predictions for 2018….

Bleach-toned, a shade of white not far removed from the gray looks we just talked about, made the magazine’s list. “While this bleached-out color is super hard to maintain,” they said, “it definitely makes a statement.”

The magazine also likes a shade they call burnt orange. “Part orange, part red, this fiery look will make you feel like Princess Merida from Brave,” they say.

Next up: Tiger Eye. “This stunning look features shades like honey, amber, and soft brown painted with a balayage technique, the magazine said before going on to quote George Papanikolas, a Matrix Style Link celebrity colorist, who told them, “Anyone who wears this shade will definitely feel confident. They will not only have a beautiful color but it’s ever so subtle when it grows out so you don’t have to worry about harsh roots and high maintenance.”

Papanikolas also weighed in on a shade called chocolate mauve, telling Woman’s Day, “This is a great way for brunettes to get a modern take on highlights.” The magazine said, “The unexpected combination of brown and light pink has been one of the trendiest hues as of late.”

For those looking to make a “subtle statement,” the experts at Woman’s Day recommend nude, saying, “This soft and all natural look is designed to complement your skin tone.”

Not so subtle are the jewel tones that are already grabbing attention. Papanikolas pointed out that the 2018 version, unlike the vibrant punk colors of the past, is a multi-hued look that is “bold without being as intense.”

As we head into winter, Woman’s Day likes a shade they call baby blonde. “This softer and lighter blonde shade is the perfect source of contrast for your dark winter wardrobe—plus, it even looks radiant next to paler, wintertime complexions,” they say.

Blondz, a combination of blonde and bronze, and bronde, which combines blonde and brown, also made the list, as did strawberry rose and driftwood lights, which treats dark brunette locks to a touch of golden color.

Of course, the hottest color will be the one that’s just right for you. Because when you look you’re best, you feel your best and that shows. Because what’s always in style in Parma and wherever you go in the greater Cleveland area and beyond is confidence. At Illusion Unlimited, we don’t take chances. To make sure we get the color right, our hair salons in Strongsville, Ohio, Broadview Heights and Parma are all equipped with special lighting that replicates natural daylight. This special lighting makes it easier for you to see the beautiful results and it makes it easier for our dedicated team of colorists to consistently produce them. It’s just one of the reasons why our clients say we’re the best salon in Cleveland.

Not every Cleveland hair salon has what it takes to provide exceptional coloring services. The experts at Illusion Unlimited Hair Salons have more than five decades of experience, so they understand how to achieve consistently beautiful results. Success requires a mix of innovative technologies and products as well as human creativity, talent and skill plus personalized service.
At Illusion Unlimited Salons, we will never take you outside to see what your new hair color really looks like.